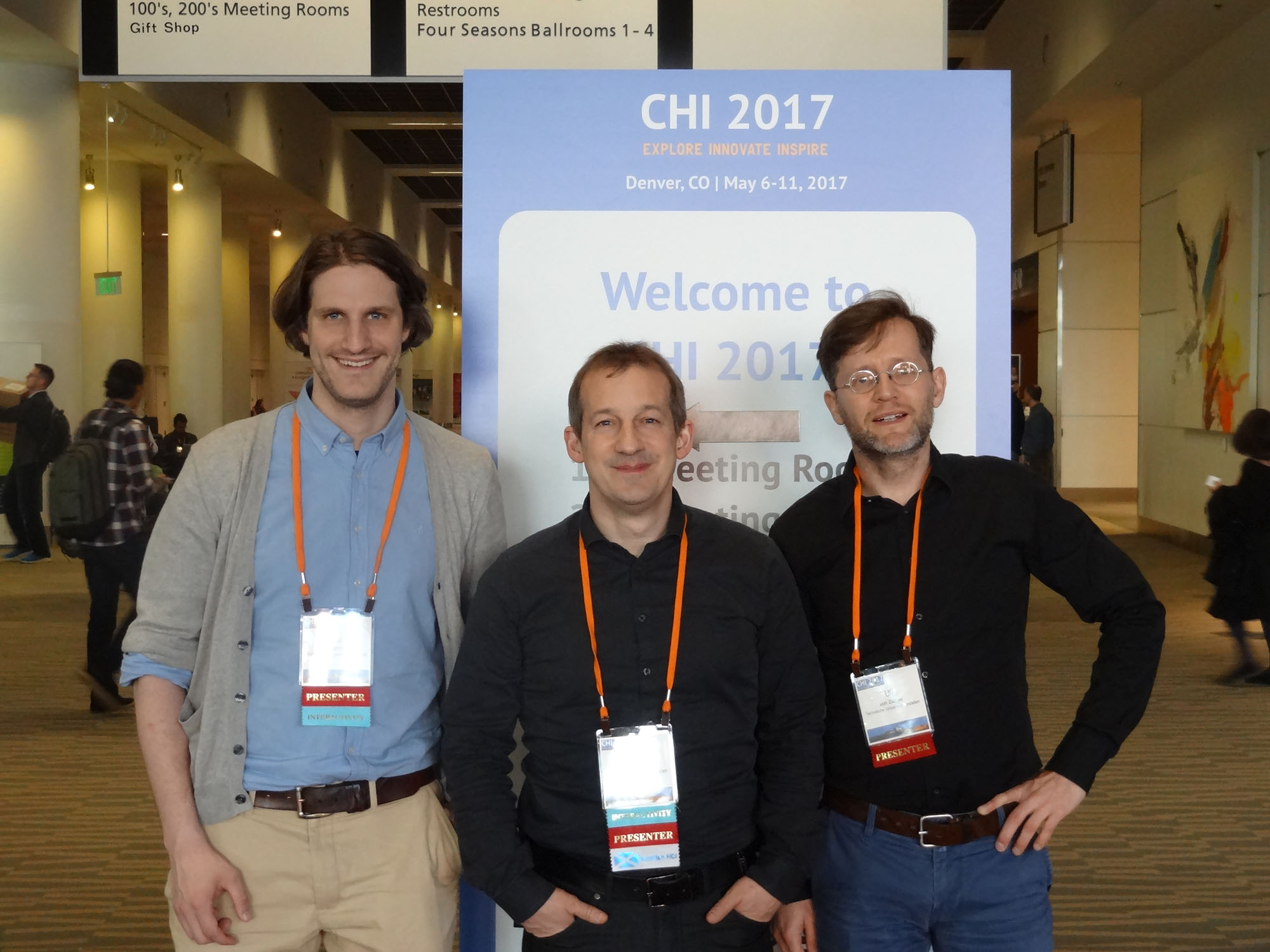 The ACM Conference on Human Factors in Computing Systems (in short CHI) took place in Denver, CO, USA from May 6 to 11. Three of us represented the Interactive Media Lab Dresden by presenting four contributions in total. Highlights were certainly the presentation of our two full papers by Ulrich von Zadow (GIAnT) and Konstantin Klamka (IllumiPaper) as well as our IllumiPaper research demonstration.

The conference began on Sunday where Ulrich von Zadow participated in the CHI 2017 Workshop on HCI Tools. He presented his workshop contribution Research on HCI Toolkits and Toolkits for HCI Research: A Comparison.

The CHI interactivity format consists of interesting hands-on research demonstrations that are shown to the attendees throughout the complete conference. Konstantin Klamka and Raimund Dachselt were busy demonstrating IllumiPaper, which integrates visual feedback for digital pens on standard paper by using novel thin-film technologies. We were very pleased to have such a lot of people and inspiring discussions at our demo booth. IEEE Spectrum mentioned our technology as one of the most amazing technology demos this year.

Again CHI was a very successful conference for our group with nice research discussions and a great accompanying program as can be seen in our photo gallery.