With the steadily growing Big Data trend, it is increasingly important to analyse big quantities of multivariate data. The visualization of this data on a map is thereby an old and often used principle to depict location-related information clearly. The usage of a big display area is helping to understand this kind of data. It also allows the parallel analysis of this data with many users. This work uses and extends the body controlled lenses, called BodyLenses, to support the analysis task. Those extensions and adaptations create a new definition for the lenses itself. The lenses will be used with extra defined roles for a better and easier discovery of information. Roles describe specific packets of functionalities for lenses. Example for those are a selection role, which let the user choose a subset of data, or a data visualization role, which represent the selected data. Further the concept of sub lenses will be introduced to add the possibility to use several roles in one lens. This concept allows a lens to split itself in different areas. Those can get their own data or visualizations. Through those, the user should get the possibility to save, group and compare found information better. Also, the functionality to fuse two lenses together will be described. This will help to simply find and understand the context of the information. 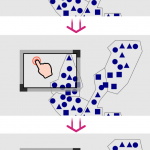 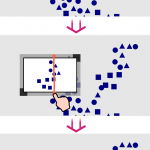 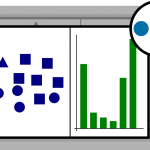 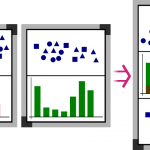 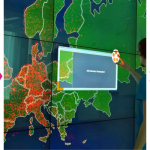