We present YouTouch!, a system that tracks users in front of an interactive display wall and associates touches with users. With their large size, display walls are inherently suitable for multi-user interaction. However, current touch recognition technology does not distinguish between users, making it hard to provide personalized user interfaces or access to private data. In our system we place a commodity RGB + depth camera in front of the wall, allowing us to track users and correlate them with touch events. While the camera’s driver is able to track people, it loses the user’s ID whenever she is occluded or leaves the scene. In these cases, we re-identify the person by means of a descriptor comprised of color histograms of body parts and skeleton-based biometric measurements. Additional processing reliably handles short-term occlusion as well as assignment of touches to occluded users. YouTouch! requires no user instrumentation nor custom hardware, and there is no registration nor learning phase. Our system was thoroughly tested with data sets comprising 81 people, demonstrating its ability to re-identify users and correlate them to touches even under adverse conditions. 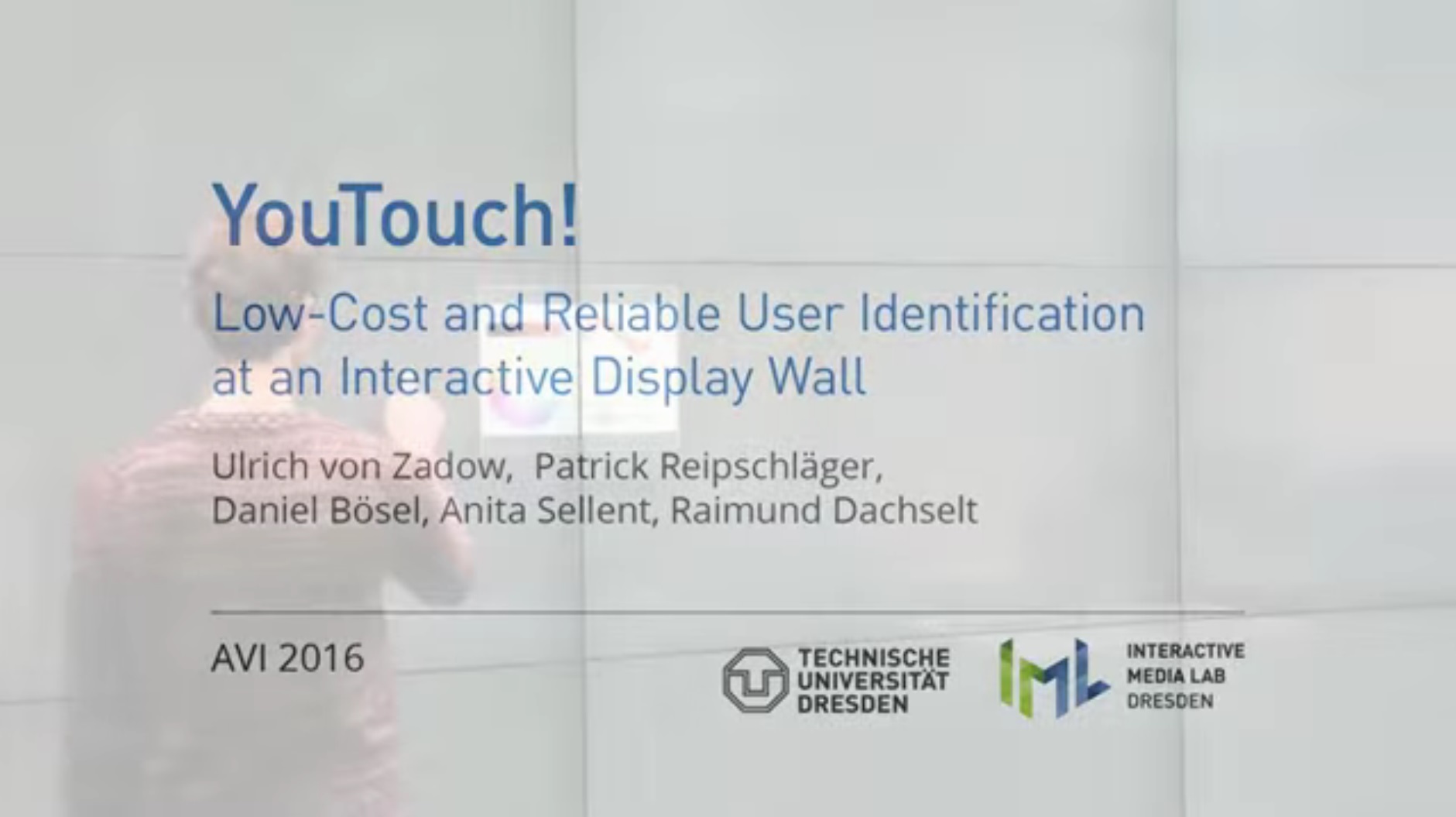 The following student theses from the Interactive Media Lab Dresden are associated with YouTouch!: